"Two are better than one, because they have a good return for their labor." Ecclesiastes 4:9 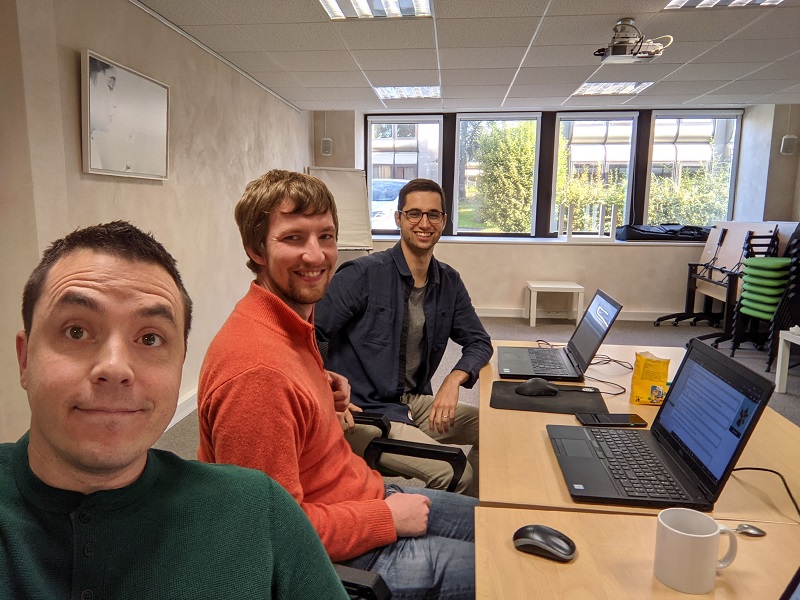 Have you ever had a project that you just didn’t know how to tackle? Maybe it is a room that needs repairs. Maybe a server that needs to be migrated. Okay, so those are our examples, but you probably have your own. Sometimes all you need is a fresh set of eyes and a helping hand. We had two weeks to finish our guest room before Tara’s parents came to visit. Upon hearing this, our neighbor Erwan, whose daughter is Rachel’s friend, offered to help. One Saturday morning was all it took to get that project back on track. It might be the nicest room in our house now.

Similarly, at work Trent had been trying to move the main public web site for Agapé France to a new server, and he was hitting technical road blocks. His team had been looking for ways to involve volunteers; maybe this was God’s way of surfacing those people. Trent invited a few “geek” friends to the office for two Saturday afternoons to see what they could make of the situation. Four people came! Now the project is down to a few finishing touches because of those helping hands.

One great thing about those Saturday projects was the chance to connect with people while doing something worthwhile. Getting to know your neighbor while fixing a wall is miles beyond small talk at the school door. Watching tv with buddies would be okay, but laying the groundwork for a ministry web site gives the conversation a whole new life.

Seb and Nico were the first group that came to geek out with Trent. Though they felt uncertain about their abilities, they figured out how to crunch two data-bases into one. They also gave priceless input on how to organize the new site. The next weekend, Lucie and Hugo did some heavy lifting making sure the content of dozens of pages and hundreds of articles looked right on the new site. Praise God for these generous people!

The only problem Trent had was getting people out of the office at the end of the day. Some of them had never met before, and they were having a good time. They kept talking in the parking lot as Trent had to leave. We hope to do more of these projects!

What really stands out here is that we were the ones receiving the help. It is easy to think of our involvement in the Church as something that we give. It’s okay to ask for help and allow others to give of their talents too! It would be a shame not to. This is a humbling thought. Asking for help is at the heart of the Gospel. Even Jesus allows his disciples (all of us) to help in the Great Commission. 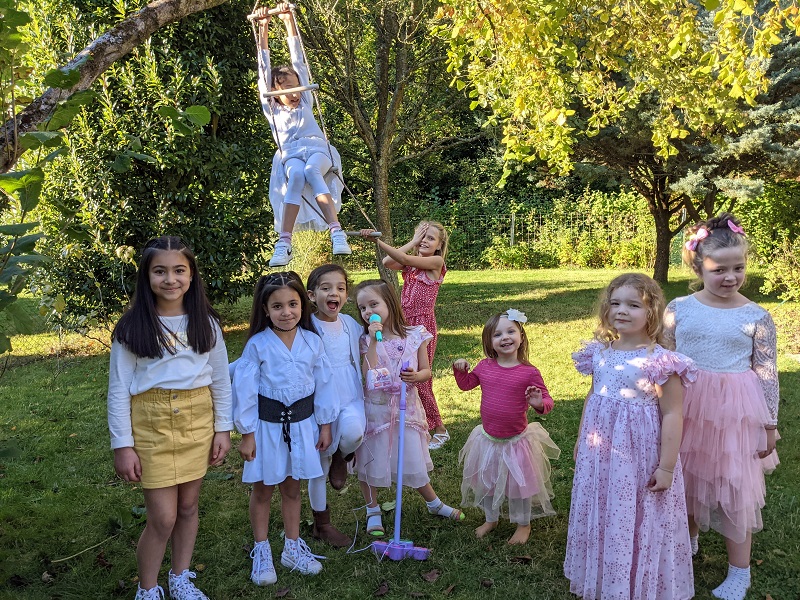 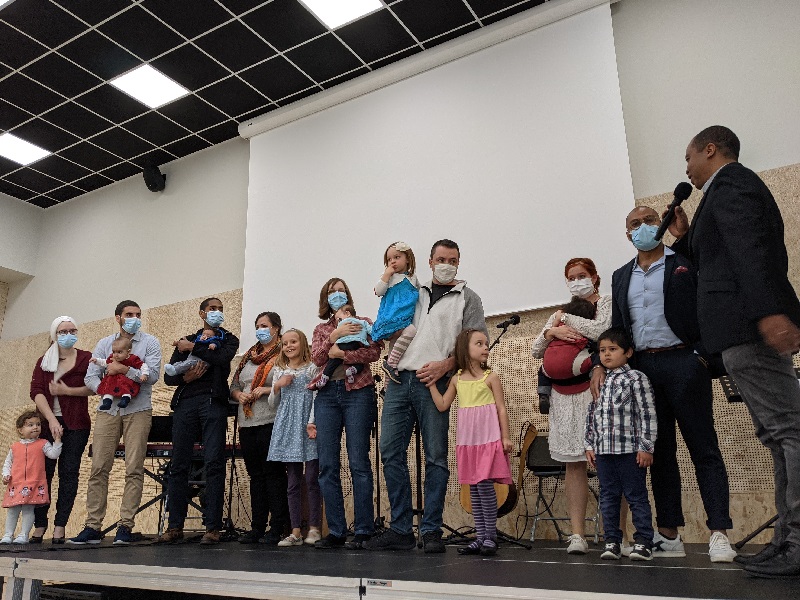 Speaking of the guest room, we were delighted to have Tara’s parents with us for two weeks during fall school vacation! It was a great mix of fun outings, home projects, watching Elise roll, and collectively fighting colds. Now the kids are back in school and Elise has claimed the guest room as she learns to sleep in her own bed at night. That’s a very real prayer request! 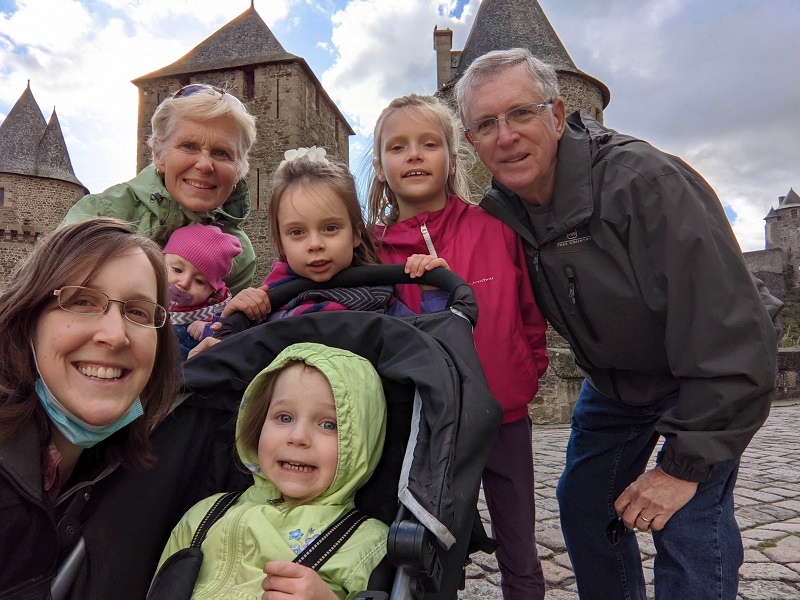 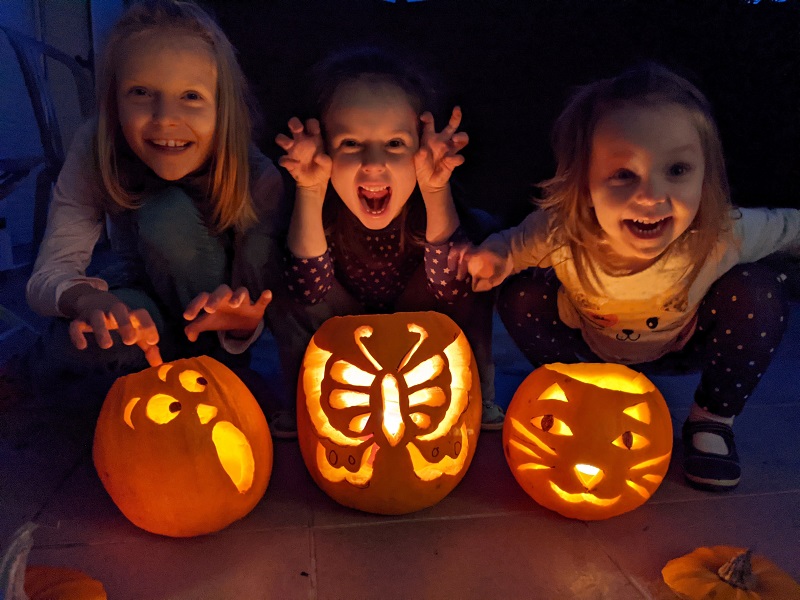 Thank you for your prayers and support!
Love, Trent, Tara, Lydia, Rachel, Tessa and Elise

I pray that you may be active in sharing your faith, so that you will have a full understanding of every good thing we have in Christ.