"Now this is eternal life: that they know you, the only true God, and Jesus Christ, whom you have sent." John 17:3 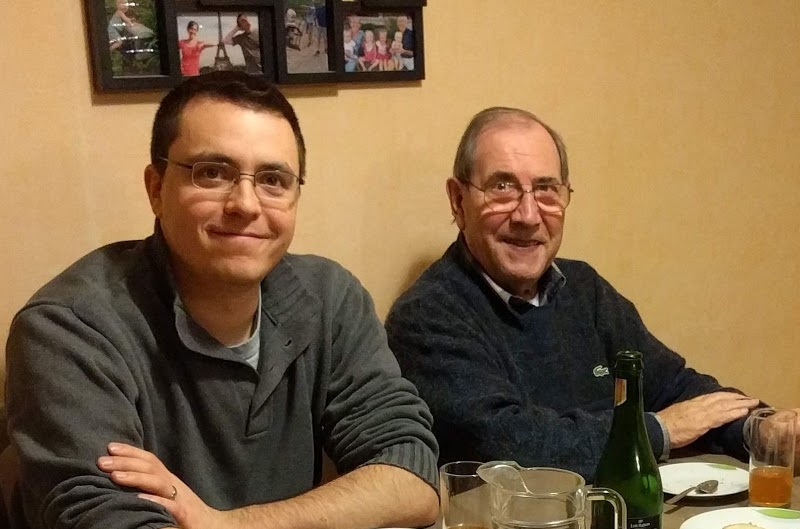 Milo passed away on Tuesday, the 15th of October. Nine days before he passed, Trent spent a couple hours with him. They shared life stories, laughed a lot, and concluded that life is short. Very short. Trent delivered some drawings from the girls and a note from Tara about our gratitude and love for him. Also included were two verses: John 3:16 and 17:3.

On Monday the 14th, Milo watched a soccer match before bed. Then he spent time with Mauricette and they laughed together. At about 4am, Mauricette called an ambulance, and he passed away while in it. She called Tara at 8am, and Tara, Lydia, and Rachel went down to hug her before Trent took the girls to school. Then she came to hold Tessa and share more of the story. She kept saying that it didn’t feel real, and she was glad for how jolly he was before bed. He did not suffer much.

We’re grateful that we haven’t moved yet, so we are fully present for Mauricette. That’s God’s timing. Also, Trent told Tara that he had shared his faith with Milo a long time ago. He got to see the Gospel in our lives as well. We spent Christmases together, birthdays, anniversaries, mothers’ and fathers’ days. Our children blessed him, and he certainly blessed them! Lately he had noticed how God’s been changing Mauricette. In our grieving, we go through waves of feeling guilty, as if we didn’t do enough to share Christ with him. But God re-assures us, “you did plenty, you prayed daily, and you were not his only hope.”

The girls have asked a lot of questions like, “Where is he?” (his body) and “Is he with Jesus?” Those are tough questions. We answer them with honesty and hope. We know God loves him beyond measure. 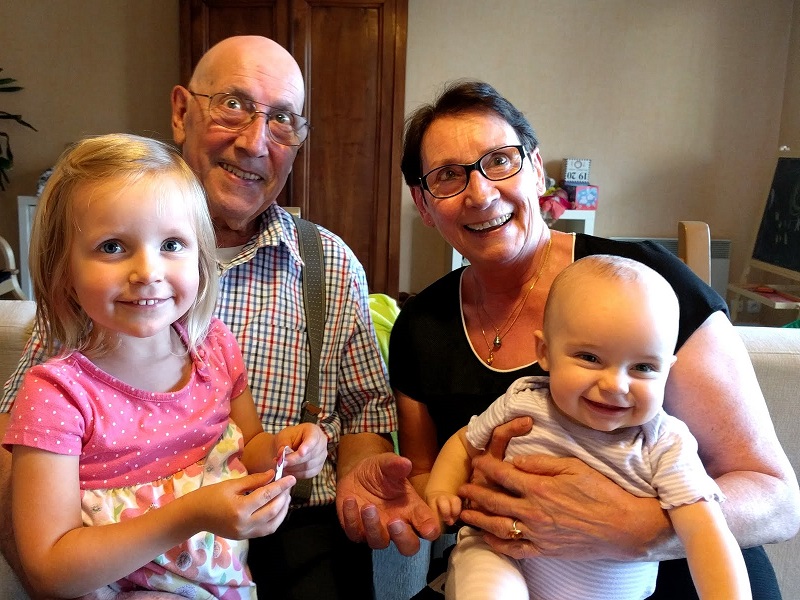 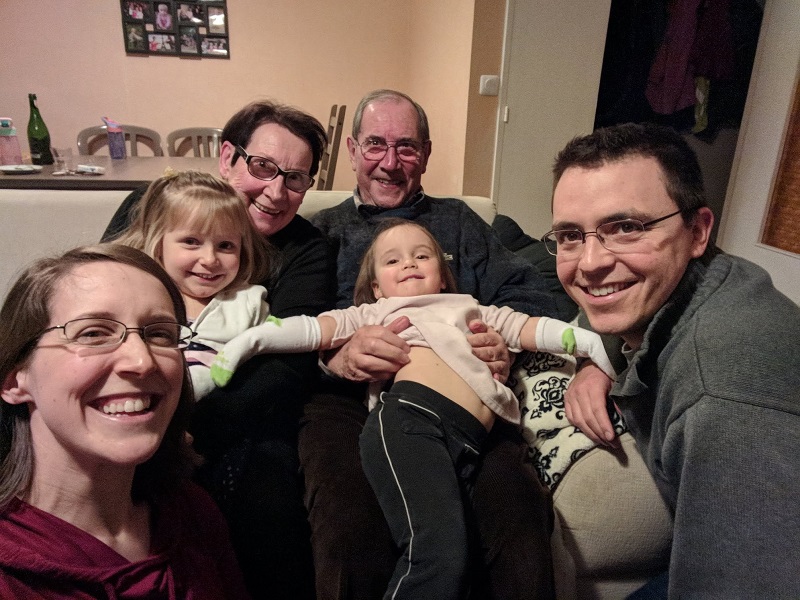 Mauricette invited us to his “celebration of life” cremation ceremony, which she asserted would not be religious in any way. Milo didn’t want that. Tara assured her that we want to support her and hear stories about his life. God is not interested in rituals, and neither are we. With a gleam in her eye, she mentioned that Milo had said to her, “I’ll see you on the other side,” which is a far cry from his previous, “we just turn into dust.”

The cremation ceremony was unlike anything we’ve ever been part of. Three people gave beautiful tributes to him. They focused on how great he was, that he wasn’t afraid of death, and how holding onto memories of him will keep him “alive.” It was nostalgic, but void of hope.

Our girls gave “Mamie,” her son Benjamin, and his partner Isabelle many hugs and kisses. Everyone cried as the casket was wheeled away to the cremation chambers. It was pure sadness.

Two days later, Mauricette, Ben, and Isabelle joined us for a lovely dinner. Ben’s laugh is just like his dad’s. Trent said a prayer of gratitude for Milo’s life and family. We shared stories and laughed, just like when Milo was here. Ben and Isa have now returned home to “la Reunion,” an island near Madagascar. Mauricette has never been more in-need. Thank you for all of your prayers, both now, and over the past many years for Milo. 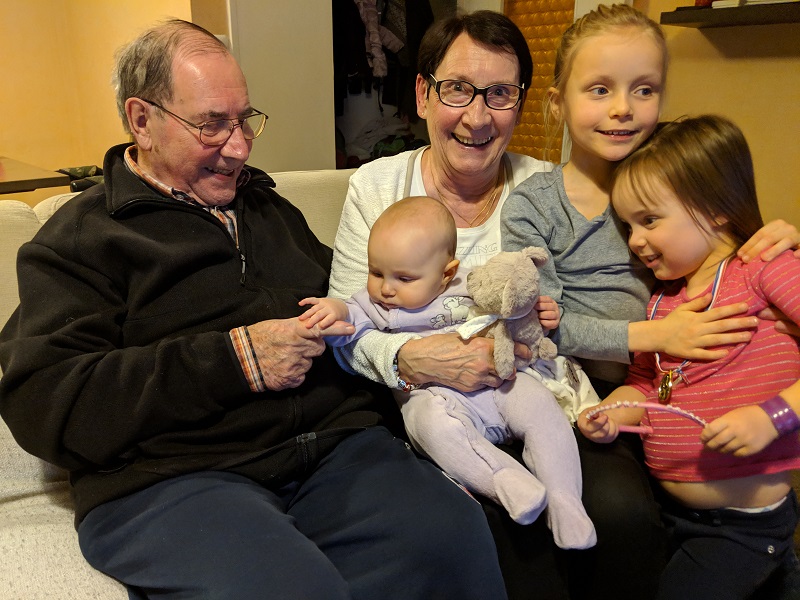 We believe the gospel to be true, and people can freely choose to accept Jesus’ payment for their sins. This is the good news we came to share in France. We do not know what went on in Milo’s heart during his last days, but we cling to hope. God is bigger than cancer and humanist culture. Milo was a very loving and positive man. And God loves Milo more than all of us here combined. We pray we’ll see him again. In the meantime, we miss him like crazy. 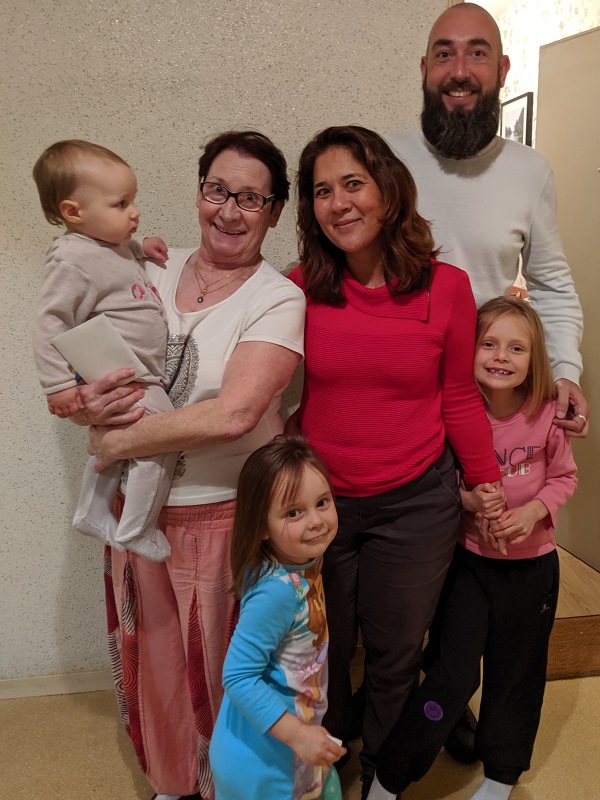