"Teach these words diligently to your children, and talk of them when you sit in your house, when you walk by the way, when you lie down, and when you rise." Deuteronomy 6:7 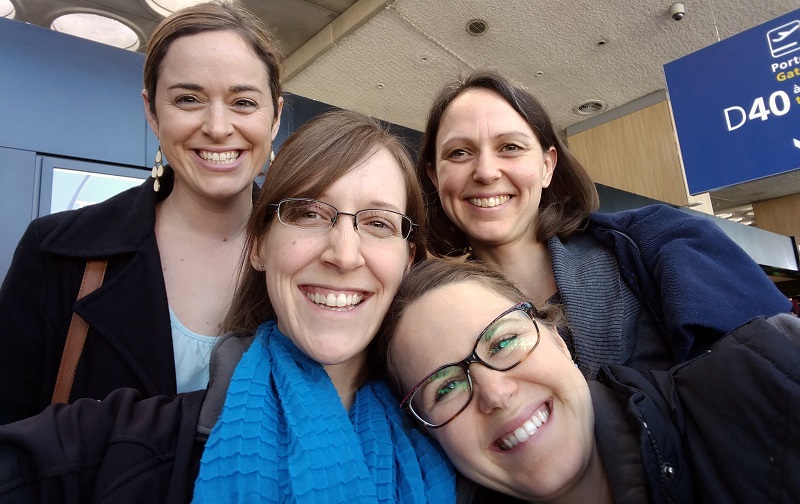 Tara laughed so hard she cried, and they weren’t even to the conference yet. The “Mother’s Heart Weekend” in Spain was just what she needed. It was her first time being away from her kids, and was she ready for it. Forty mothers of young kids came together for three days. They joked that the highlights would be taking showers with no one barging in, finishing meals in one sitting, and sleeping through the night.

A Texan mother of four, our speaker feels called to minister to mothers, especially moms on the mission field. The theme she chose was “Why do we parent?”, and the international moms agreed that she did not give us “How to parent like an American.” Rather, she contrasted parenting for results vs. parenting for the glory of God (and leaving the results to Him). What a game-changer. If you’d like Tara’s notes or a chart from our speaker (which Tara plans to use daily until the kids are grown!), please email us.

Tara was grateful to have the time to laugh and cry with friends. One dear friend recently had a miscarriage. One friend has a four-year-old who’s been getting beaten up at school. It was so easy to enter their pain and just grieve. It was also beautiful to see God at work gently healing and drawing these women closer to Himself. And Tara realized how simple and wonderful our family life is right now, giving praise to God for this season.

Whilst floating in a pool, Tara met a Persian woman who we will call Shi. Shi is either a new believer or still on the fence. Although she grew up Muslim, she said it was never her heart belief, but a law to follow. Three years ago she met a neighbor who is on staff with Agapé. They both had babies, so they became fast friends and even started studying scripture together. Shi moved to Milan about 6 months ago, and hasn’t had time yet to find a church. She says “I really like Christianity because it is all about love.”

Would you pray for Shi— that she would know personally the source of this love? Pray for a Christian woman who can come alongside her with transparency, imperfections, and grace. Pray for all the moms who attended the conference— that we’d walk in what we learned.

Oh, and Trent and the girls did very well while Tara was gone. Praise God! 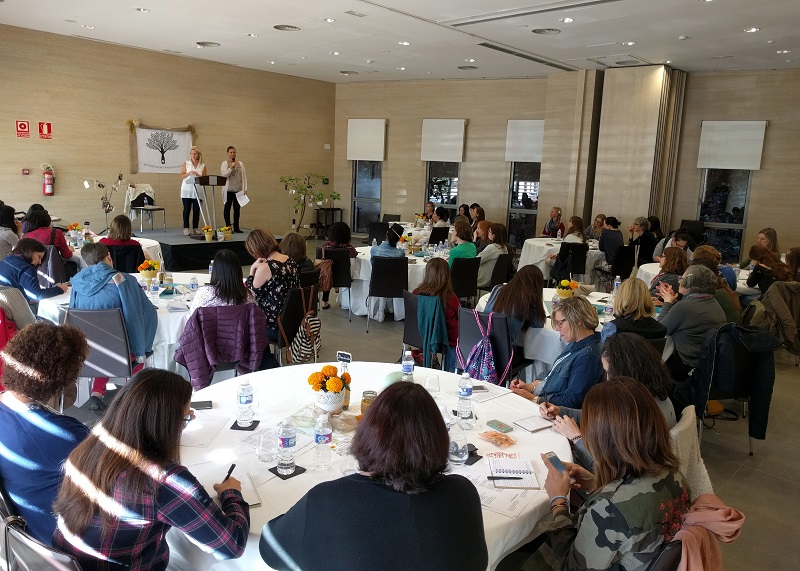 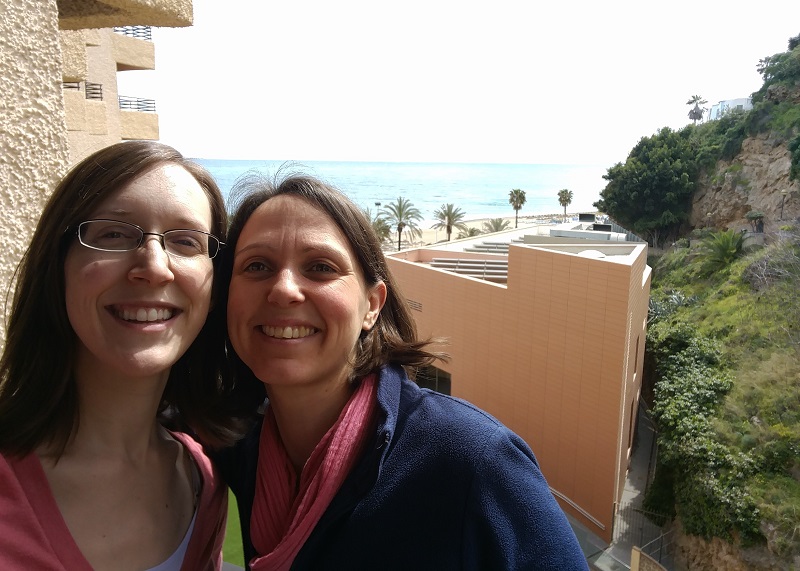 “What they say does not change the truth of my scriptures,” is something God brought to mind as our friends were verbally bashing the Bible. We hosted a party for our playgroup recently, which was basically a playgroup with the papas too. Months ago, Trent had mentioned Jesus’ first miracle of turning water into wine, and one of the men brought it up again at our party. Suddenly there were two separate conversations about the history of the Bible. One conversation (Trent and M) was quite amicable, while the other conversation (a man, a woman, and Tara) seemed vicious at first toward the Bible. These people know our faith. Tara’s knee-jerk reaction was to defend the Word. But God closed her lips and said, “listen closely.” So she did. As they talked, she asked a few questions, kept eye contact, and agreed with them when she could. The woman shared a hurtful story about a Christian. Tara did no defending. God was at work, and by the end of the conversation, it was obvious that these two were simply trying to convince themselves that the Bible is not valuable. But something is stirring. The man concluded with, “It’s crazy that such an old book is still being talked about. Whoever wrote it must be a genius.” 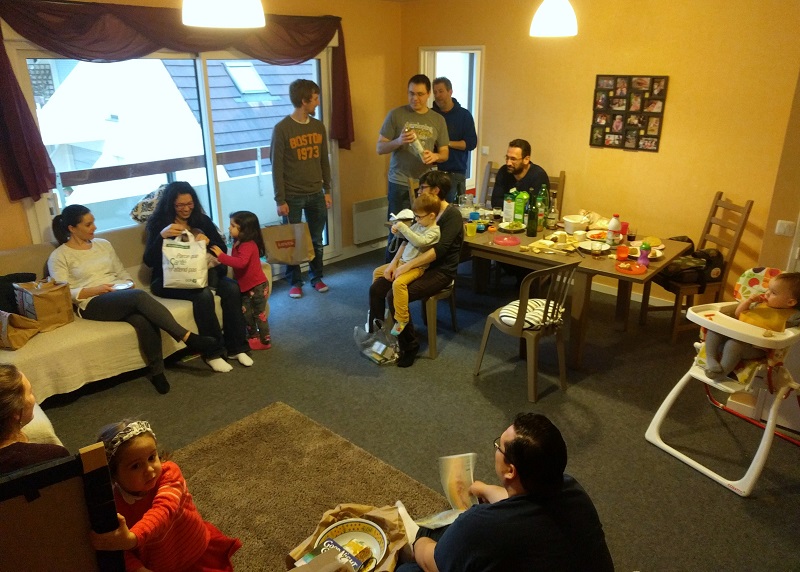 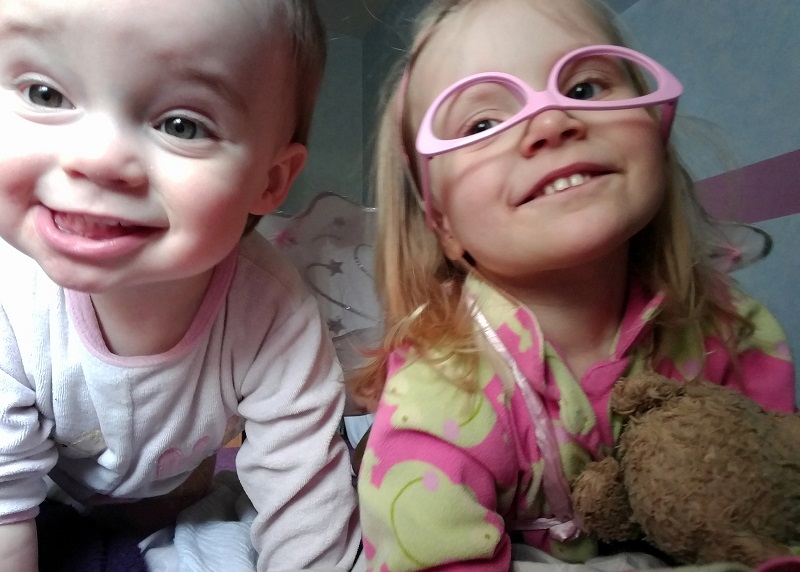 Thank you for your prayers and support!
Love, Trent, Tara, Lydia and Rachel